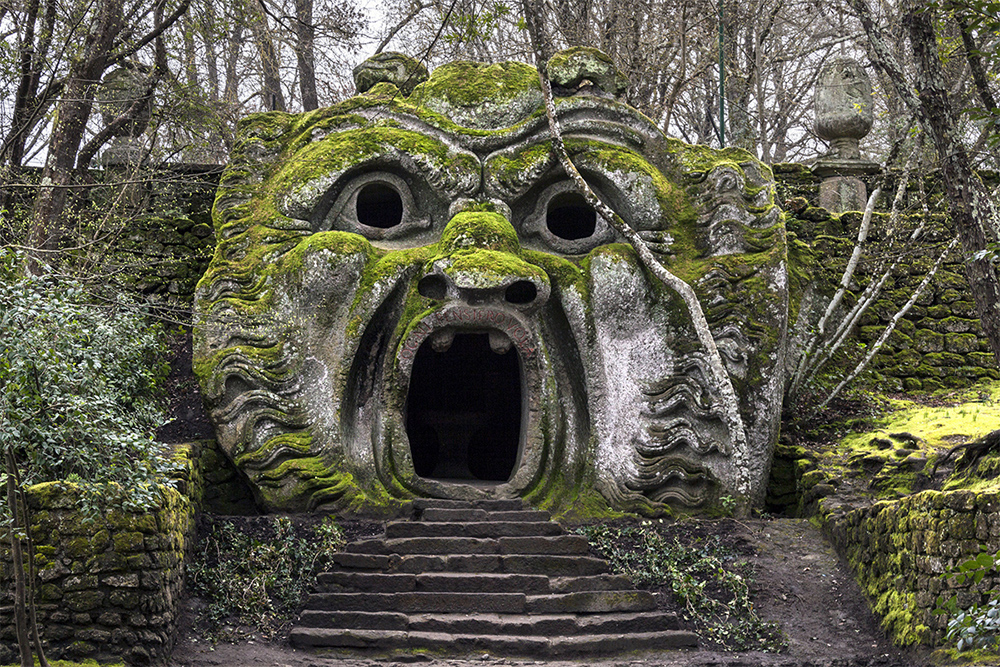 The Parco dei Mostri (The Park of the Monsters), also known as The Sacred Wood or The Wood of Marvels, is a monumental complex near the city of Bomarzo. It is a natural park that covers an area of about 3 hectares, in a forest of broad-leaved conifers. Inside there is a large number of basalt sculptures of various sizes depicting mythological animals, gods and monsters as well as buildings reflecting the classical world.

The park was commissioned by Prince Pier Francesco Orsini and designed in 1560 by the architect Pirro Ligorio (who also completed St. Peter’s after Michelangelo’s death). As the architectural historian Bruno Zevi wrote: “At Bomarzo the scenic artifice is overwhelming; the onlooker cannot simply observe the scene because he is immersed in it, in a mesh of sensations (…), capable of confounding his ideas, overpowering his emotions, and drawing him into a world that is dreamlike, absurd, playful and hedonistic.”The painter Salvador Dalí referred to the Park of the Monsters as a unique historical invention.