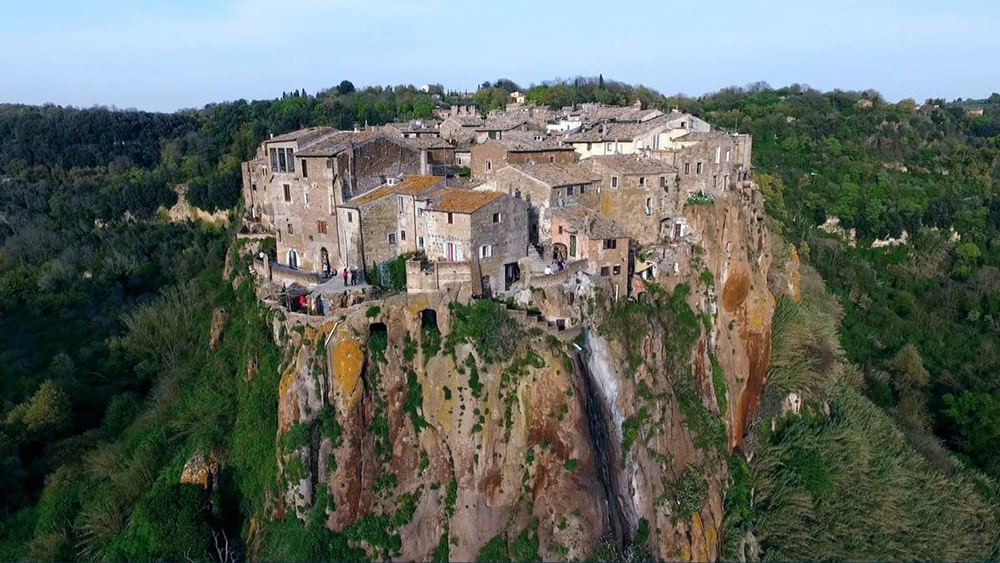 Calcata is an ancient village perched on a tuff spur overlooking the Treja river valley It is accessed through a single door in the walls that surround it. Legend tells that in 1527 in Calcata a Landsknecht (mercenary soldier), who had taken part in the sacking of Rome pillaged the Sancta sanctorum of San Giovanni in Laterano, was captured and once imprisoned he hid a relic of the Holy foreskin in his cell where it was discovered in 1557.

Calcata is mentioned in James Joyce’s “Ulysses”, in the novel “The Gospel according to Jesus Christ” by José Saramago and in the novel “A crime of art” by Donald Bain. A number of artists live in Calcata, including the architect Paolo Portoghesi, the painter Simona Weller and the sculptor Costantino Morosin.Calcata is surrounded by nature trails of great beauty which can be explored on foot or on horseback, including the Monte Gelato waterfalls, within the Valle del Treja Regional Park, which preserves traces of multiple settlements, such as the remains of a Roman villa from the first century BC and a water mill built in the 1800s which remained active until the 1960s.