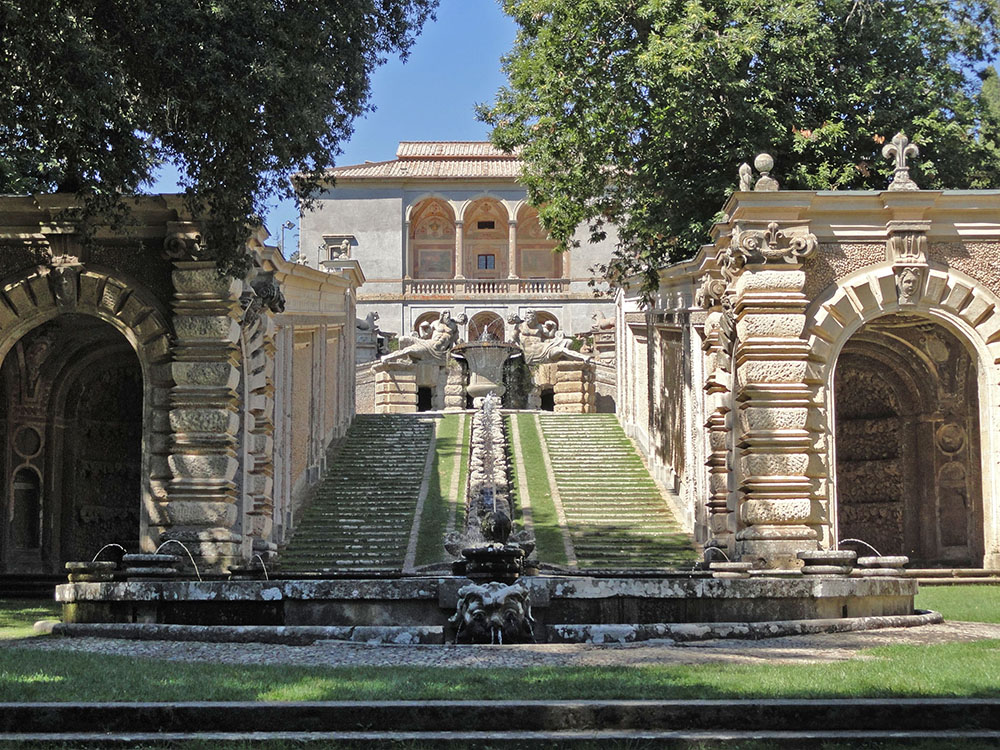 Only a few kilometers away lies another jewel: Caprarola dominated by the splendid Palazzo Farnese (Farnese Palace). The construction of the palace, with its characteristic pentagonal shape, was commissioned by Alessandro Farnese (later to become Pope Paul III) to Antonio da Sangallo who began work around 1530 and later his nephew, Alessandro Farnese completed the work.

Recent research has brought to light various designs, dating back to the first half of the 1500s attributed to Sangallo and Baldassarre Peruzzi. In these designs it is possible to identify the “Rocca di Caprarola” characterized by military and civil architectural features. The Italian gardens inside the palace are of great artistic importance. Today Palazzo Farnese is a most interesting museum housing rich masterpieces and multimedia installations.