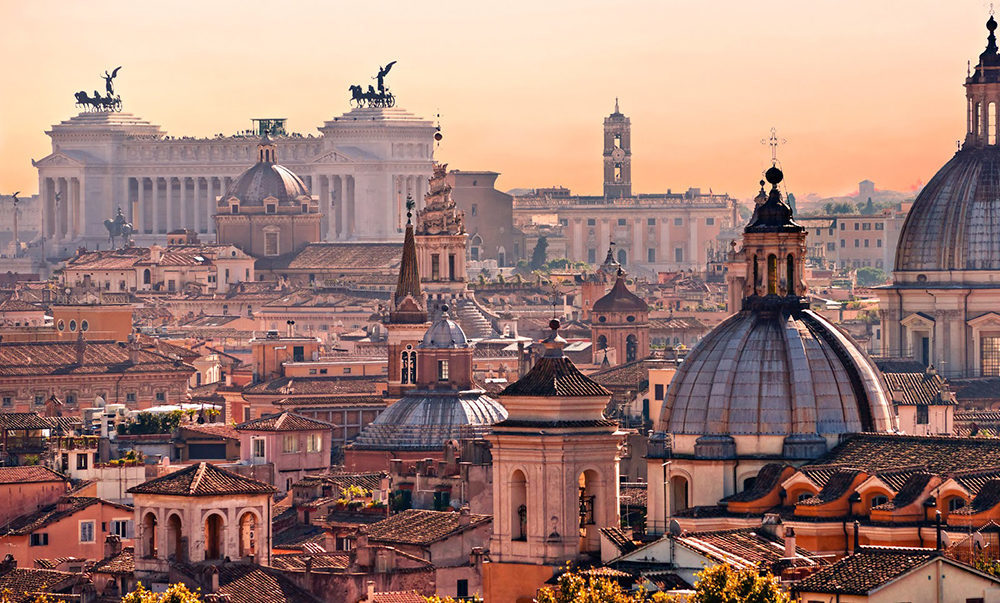 You can reach Rome, Caput Mundi, by the Via Cassia, the ancient Roman road once travelled by the farmers of Viterbo to sell their products such as oil, wine, beans, potatoes and vegetables.

Leaving the Via Cassia to join the Via Flaminia you enter the heart of the Renaissance city at Piazza del Popolo where you can admire the Trident road structure, an important urban intervention carried out between the XV and the XVII century to rearrange the three roads that directed the traffic to the major basilicas from porta del Popolo- the main gate of Rome:

Rome is a city of great beauty celebrated all over the world. The city of sunsets bewitched by the “ponentino” a gentle, caressing breeze; the city of Christianity with its wealth of churches brimming with extraordinary treasures; a stratified city imbedded in unique, unrepeatable history.