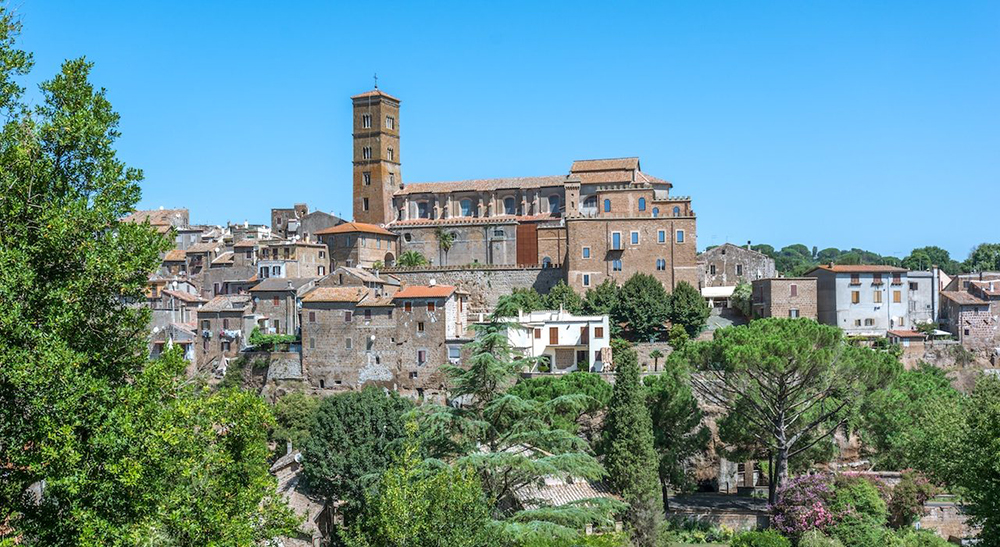 The ancient city stood on the present site on a fusiform tufaceous spur, surrounded by high plateaus and deep valleys crossed by small streams of water.Thanks to its geographical position Sutri exerted great power over the territory until the late Middle ages. After being acquired by the Roman church, its geographical and political strength increased and in 1046 it was chosen to host the Council. The urban necropolis and the monumental complex of the Roman Amphitheater testify the considerable social and economic importance of the city. The Amphitheater, unknown until the early 19thcentury, was partially brought back to light thanks to the Savorelli family between 1835 and 1838. This impressive work, dug into a tufa promontory, probably dates back to the Roman period between the end of the 2ndcentury. B.C. and the 1st  century AC. It has an elliptical plan with three tiers of steps, it could hold over 9,000 people

The diocese of Sutri is proof of the ancient Christian roots of the city dating back to the first centuries of the Middle Ages. Sutri was home to numerous cardinals of high lineage, including Pope Pius V who initiated the Tridentine reform. Its splendour continued until the early 1900s under the guidance of Father Joseph Bernard Doebbing, a man of faith but also of rare, high culture, who restructured the episcopal palace and promoted education for young people. After many years of neglect, the palace was carefully renovated by the architect Romano Adolini. The palace was named after Bishop Doebbing. In addition, following  the agreement between Vittorio Sgarbi and His Eminence Monsignor Romano Rossi, the current Bishop of the diocese of Civita Castellana, the Palazzo museum was created, a unique example in the area.