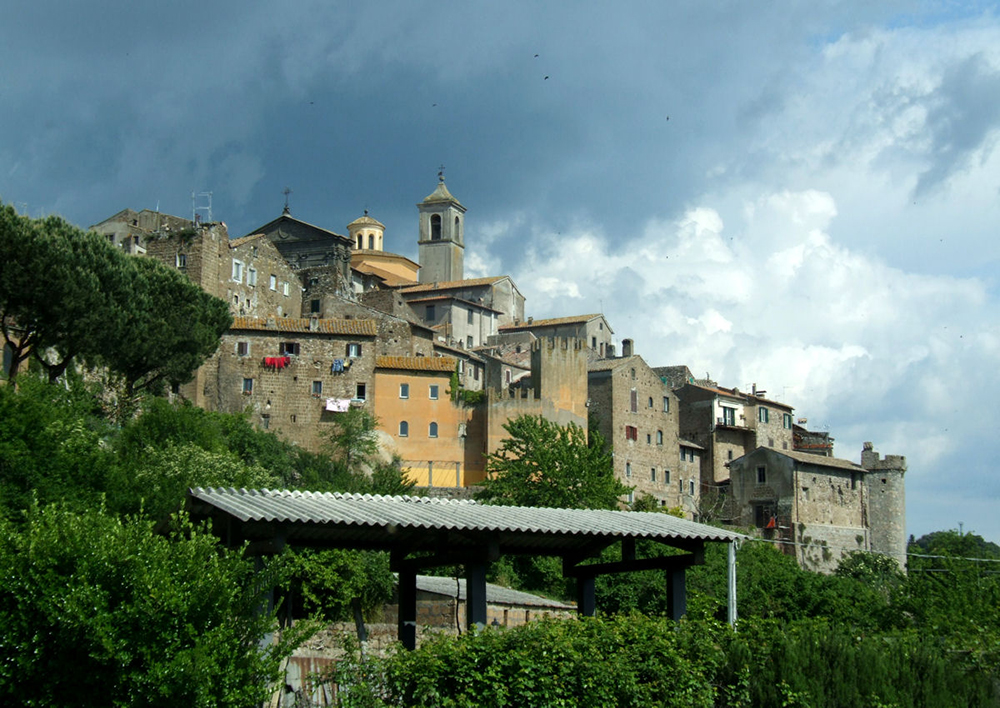 The name is believed to derive either from the Latin Vetus aula meaning ‘ancient place’ or from Vetus alia meaning ‘another city’ (with implicit reference to Viterbo whose name was Vetus urbs). The fortified city of Vetralla in its dominant position, located in the heart of the Etruscan territory, was continually occupied throughout the High Middle Ages. For a long time the territory was a point of contention between the popes and the lords of Viterbo. Still today during the commemorative ceremony of ‘the Marriage of the Tree’ the mayor of Vetralla reaffirms the rights of the municipality over Monte Fogliano. Vetralla is famous for the production of olive oil. In the area there are five oil mills and it is considered the capital of DOP Tuscia (Protected Designation of Origin Tuscia).